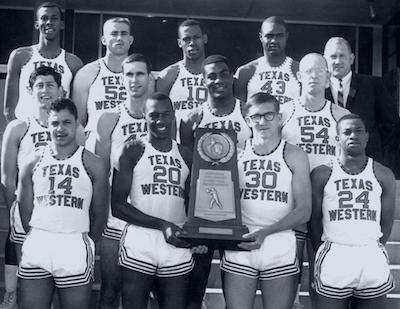 The 1960’s were a time of racial tension in the United States.  Even though the Civil Rights Act was passed in 1964, most southern universities had not integrated their sports programs.  In 1966, The Texas Western Miners were the first team to start five African American players in the NCAA basketball championship game.  Their victory over an all-white Kentucky team broke down barriers and opened doors for future African American players in the South.