The Road to the Discovery of HIV:
​​​​​​​A Path of Dishonest Communication 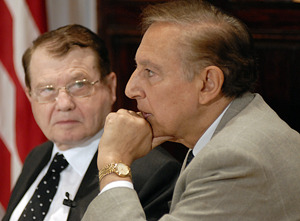 In the 1980s, an epidemic, Acquired Immunodeficiency Syndrome (AIDS), plagued the globe, killing 50,628 people from 1981 to 1995. As scientists struggled to understand this disease, Drs. Gallo and Montagnier independently isolated the cause, Human Immunodeficiency Virus (HIV). Since it was identified in separate countries, a dispute resulting from failed communication between the United States and France arose, surrounding who discovered the virus first, who should receive the HIV test patent, and if one team appropriated samples from another. Decades later, the Nobel Prize was awarded to only one team, inciting questions as to why the other was slighted. Deliberate miscommunication between the scientists reflected inability to collaborate on scientific research, further delaying the treatment of AIDS patients whose lives may have been spared with more cooperation. This counterproductive attempt to open a new door in virology stresses the importance of honest collaboration, competitive mindsets aside.
home

*Please click on images throughout the site to enlarge, then click anywhere other than the image to minimize* *Please refresh page if images appear too large*
NextTop