This timeline shows how the events in Arnold's life led to his eventual betrayal.

Benedict Arnold was born on January 14 in Norwich, Connecticut

After the Revolutionary War began, Arnold joined the Continental Army. Arnold partnered with Ethan Allen and the Green Mountain Boys to capture Fort Ticonderoga in upstate New York from the British. Though much of the victory was because of Arnold, Ethan Allen was given most of the credit for the capture. Later that year, Arnold sustained a serious injury to his leg during a battle in Quebec. ​​​​​​​​​​​​​​​​​​​​​

“Benedict Arnold played a very significant role in the local history of the American Revolution, starting with his actions in 1775, I believe it was May when he assisted in the capture of Fort Ticonderoga”

After recovering from his injury, Arnold reclaimed command. Arnold and his men helped eliminate a British force heading into New York from Canada through Lake Champlain. In preparation, the American soldiers constructed a flotilla to confront the British ships near Valcour Bay. In the end, the surprise attack was enough to hinder the British fleet and delay their voyage.

Painting of the Battle of Valcour Island by Ernie Haus.

Benedict Arnold resigned from the Continental Army. He felt as though his contributions weren’t appreciated, and was dissapointed when five junior officers were promoted rather than himself. Later that year, General George Washington sent correspondence debating back and forth with Arnold, trying to persuade him to rejoin the ranks. Eventually, Arnold agreed and fought in the Battle of Bemis Heights under command of General Horatio Gates. The American troops were victorious, much to the credit of Arnold. Despite this, General Gates shone much of the spotlight on himself in his writings, yet again not giving due credit to Arnold.

“I think the examination should have been prior to the commission, and that after executing that commission they should order a younger officer of the same rank to take the command of the fortresses, vessels, [etc.], conquered, plainly indicates the loss of their confidence, and is a most disgraceful reflection on him and the body of troops he commands, which is a sufficient inducement to resign."

-Benedict Arnold in a letter to the Committee, resigning his commission. ​​​​​​(Northern Illinois University Library)

Around this time was when Arnold’s allegiance to the US began to waver. He was selected as military governor of Philidelphia and rumors surrounding his family’s loyalty to America spread. These rumors were mainly pointed at his wife, Peggy Shippen, with whom he lived a lavish lifestyle. This indulgence left the family with substantial debt and little funds. Arnold’s resentment toward the government and his monetary concerns led him to the path of betrayal. 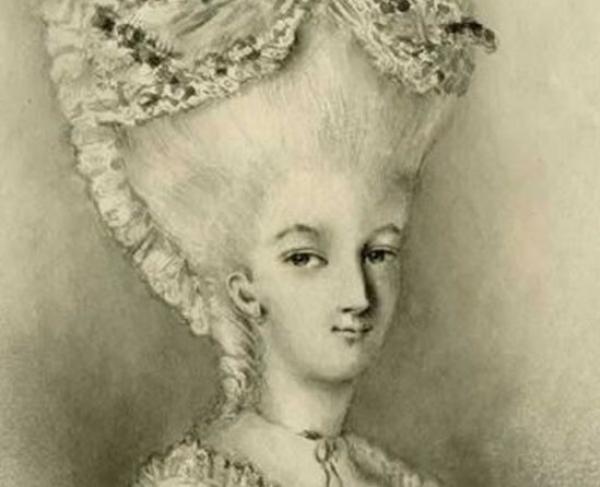 “I think it was a much more nuanced situation than he was obviously a traitor. Because, you can’t deny that he was a traitor, but there’s a lot of reasons that he started to think that might be the way to go for him.” 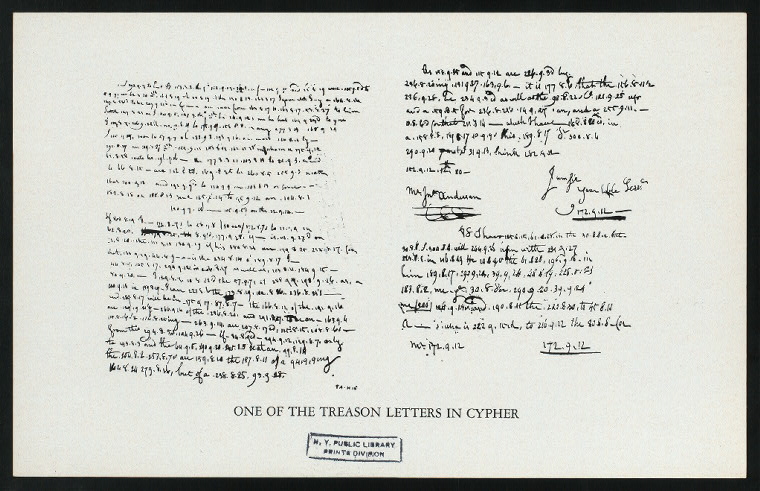 A letter in cipher from Benedict Arnold to the British negotiating the amount of funds he should receive for his assistance.

Arnold began corresponding with the British to negotiate a deal. Arnold agreed to surrender the American fort at West Point in exchange for money and a command in the British military.

In September, Arnold's plan crumbled. His colleague John Andre was captured by US officers crossing enemy lines, incriminating himself and Arnold. Hearing this news Arnold fled Philidelphia and ultimately only received a portion of his promised reward.

Back: Thesis
Next: Legacy