WWII intensified discrimination against Americans of Japanese Ancestry. However, in the Summer of 1941, the possibility of war with Japan increased as did the need for Japanese intelligence. Not many Non-Japanese Americans were familiar with the language. 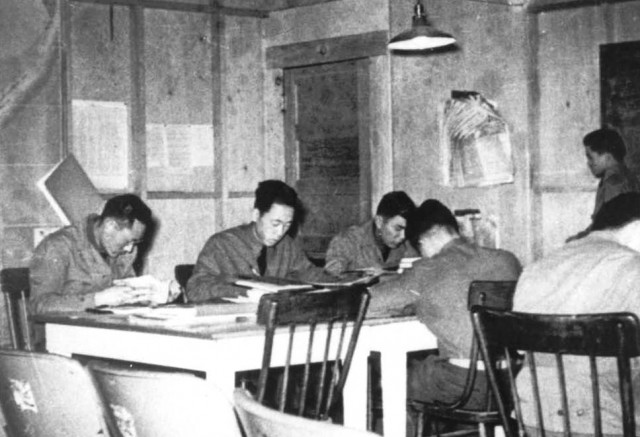 One month later, Japan attacked Pearl Harbor, and America entered the war. President Franklin D. Roosevelt signed Executive Order 9066, which led to the internment of Japanese Americans. Japanese Americans were feared and hated in America. To prove their loyalty to America, many Nisei Japanese Americans volunteered for the military.

To expand and keep the MIS project classified, the school moved to Camp Savage and Fort Snelling in Minnesota. They recruited soldiers from the 442nd Regimental Combat Team and the 100th Infantry Battalion. By the end of the war, the school had trained and graduated about 6,000 students. ​​​​​​​

THESIS
HOME
DURING THE WAR