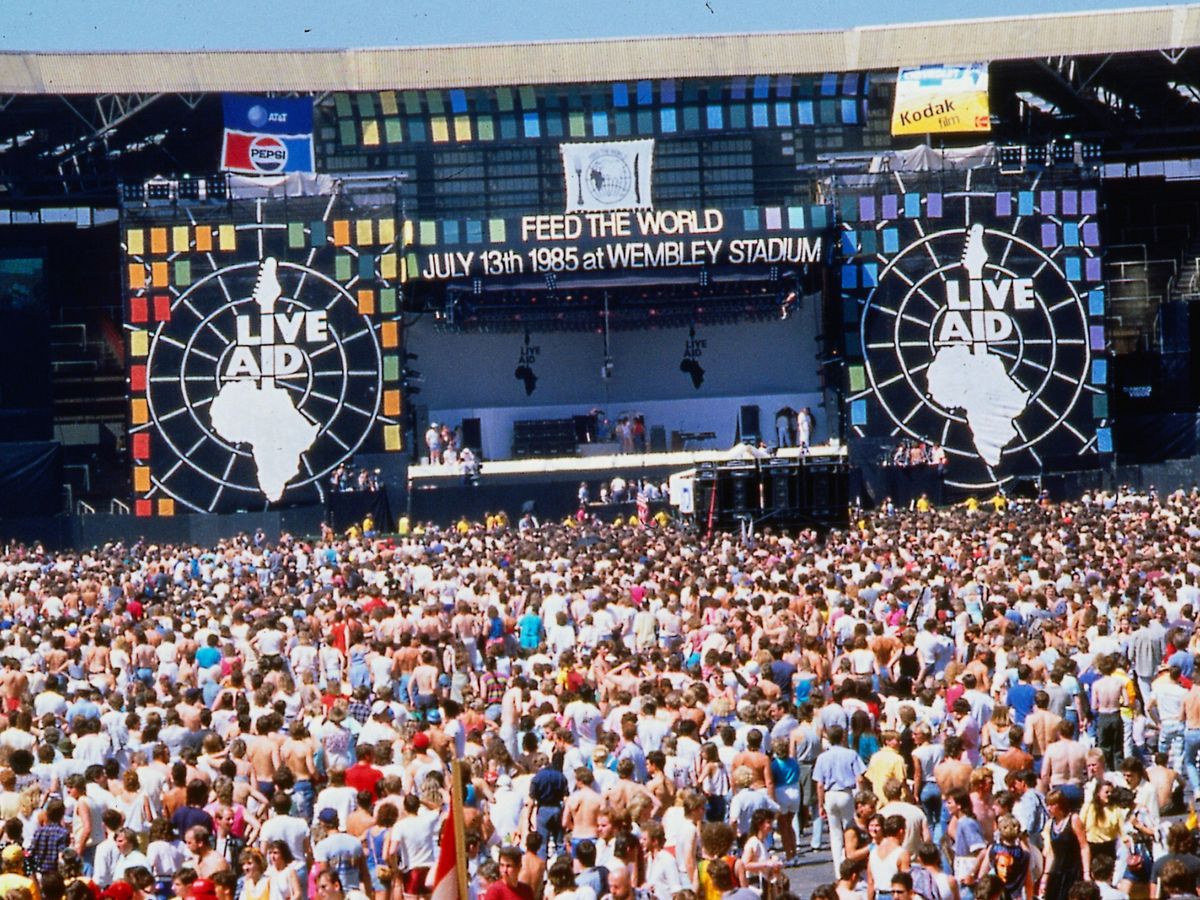 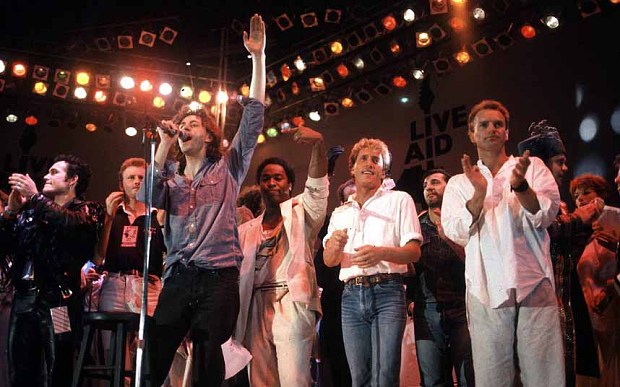 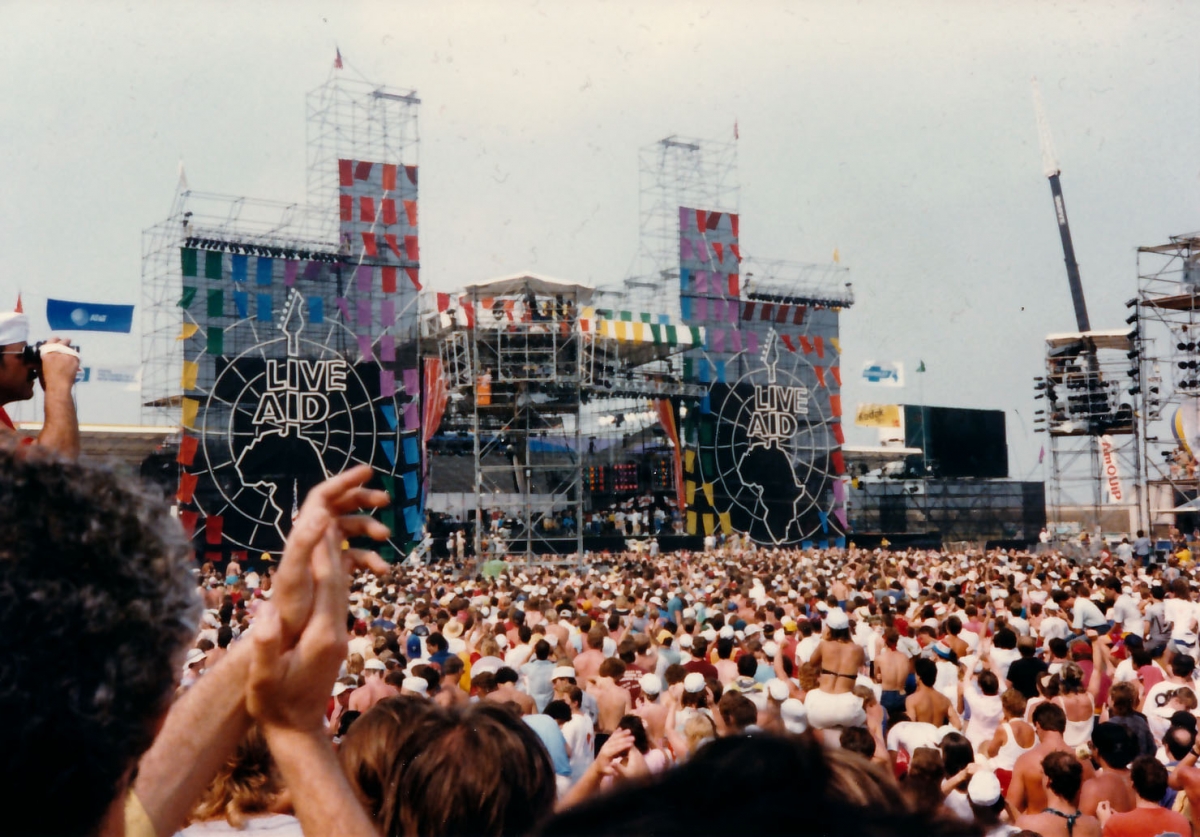 The year was 1984, and much like the rest of Great Britain, Boomtown Rats lead singer, Bob Geldof, was shocked to see images of the Ethipoian Famine from the British Broadcasting Corporation​​​​​​​. Seeing this event unfold spurred Geldof into action, he contacted Ure from Ultravox and the two wrote “Do They Know It’s Christmas Time?”. Geldof contacted performers in the music industry and asked them to feature on the song under the title 'Band Aid' for free. The single became the fastest-selling ever in Great Britain and raised £8 million for the Ethiopian famine. The unprecedented success of this song inspired Geldof to set his sights on staging a concert to raise even more funds. One year later in 1985 this idea came to fruition, Live Aid, was a massive, multi-venue concert featuring some of the greatest names in rock and roll including David Bowie, George Michael, Queen and Elton John. The show was broadcast to 150 nations across the world. July 13th 1985 goes down in history as a day of unmatched entertainment spectacles, the likes of which had never been seen before in the music industry. Geldof’s true purpose in organizing Live Aid went beyond entertainment value, he wanted to use his fame and clout to help others.

Despite its controversies and shortcomings, the Live Aid Concert broke barriers in the music industry to become one of the largest and most impactful benefit concerts of all time and sparked a change in the way entertainers use their celebrity status to help others.