"...I thought it my duty to risk my life to learn aviating and encourage flying among men and women of the Race who are so far behind white men in this special line. I made up my mind to try. I tried and I was successful."
~ Elizabeth "Bessie" Coleman, Chicago Defender Interview, October 8, 1921

In June 1921, Elizabeth “Bessie” Coleman earned her international pilot’s license—a first for a woman from the United States with African American or Native American roots. By obtaining this license, Bessie shattered racial, gender-based, and socioeconomic barriers within aviation, paving the way for future black aviationists such as the Tuskegee Airmen, the Five Blackbirds, The Flying Hobos and the Bessie Coleman Aviators Club. 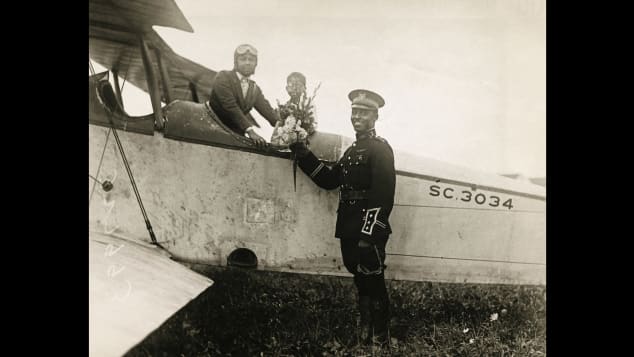