The earliest superhero stories were part of the classic ‘Golden Age’ of comics, the time period when they rose in popularity. The Golden Age was marked by icons such as Superman, Batman, and the Human Torch, all introduced in the late 1930s. In December of 1941, the U.S. entered World War II and the comics of this era changed to fit the times, with a greater emphasis on war and patriotism as seen through characters like Captain America and Wonder Woman. Comics also rose with popularity among military recruits - particularly True Crime comics as they were more of the adult variety, with mutilations, murders, and macabre stories. 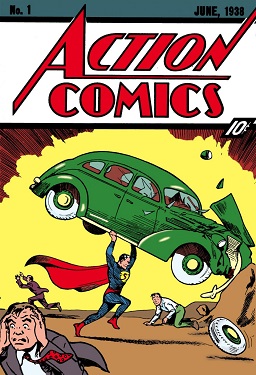 Everyone was looking for a scapegoat to pin the problem on. Luckily for them, true crime and the emerging horror comics continued with the grisly and the gruesome. A notable producer of these stories was EC Comics, run by publisher William Gaines. The often satirical and especially dark stories of EC (such as the famous horror comic series Tales from the Crypt) were a perfect patsy for critics to highlight what was deemed wrong with the genre. 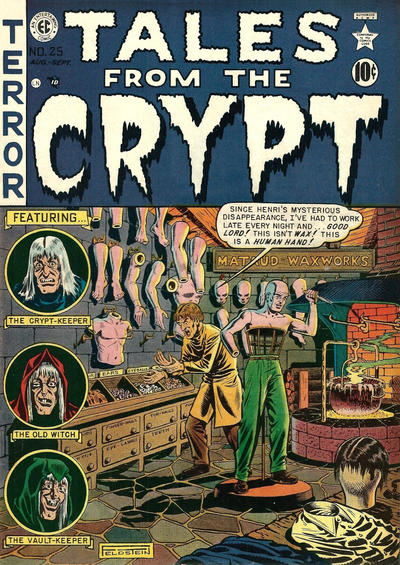 One of the most vehement attackers of comics was New York psychiatrist Fredric Wertham. Born in Nuremberg, Germany on March 20, 1895, Wertham was a well-educated man (having studied at numerous universities such as Kings College in London) and had run multiple New York psychiatric hospitals. He was worried about the impact violence found in comics had on the child’s psyche and used the medium of pen and paper to get his views across.

“I am convinced that in some way or other the democratic process will assert itself and crime comic books will go, and with them all they stand for and all that sustains them.” - Fredric Wertham, The Manitoba Ensign, (1953) 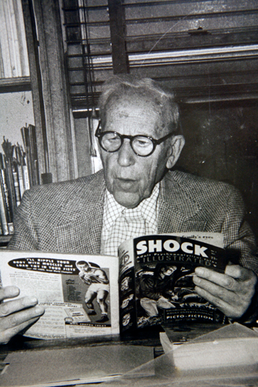