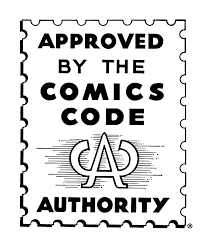 During the 1950s, a debate over comic books and their "corruptive" influence over young readers led to comic publishers forming the Comics Code Authority (CCA), a self-censoring diplomatic solution to ease the public’s fears. In the short term, the comic industry was heavily restricted by the implemented code. The long term impacts of the CCA includes the public's perception of comics today and the continuing debate of how violence in media affects the younger generations.