“I think, first, ‘artist’ doesn’t belong to any other category. It’s very hard to regulate what an artist is thinking because the artist is today’s philosopher. In most cases, artists don’t really play that role, but I think the artist is a philosopher, constantly asking questions and being subversive and not easily accepting old definitions.
All those traits are extremely dangerous to authoritarians.”

In response to Ai’s civil investigation and works of art, the Chinese government blocked Sina in 2009 and placed his house under surveillance. In August of that same year, Ai was arranged to testify in support of Tan Zuoren, an activist advocating for the rights of earthquake victims. However, before the trial, Ai was attacked by Sichuan police and brutally beaten.

“The internet community in China has some understanding about what Ai is doing because of social media...but they lack knowledge about the art he makes, as in China it hasn’t been easy for him to show work in public. The majority in China are badly informed about who he is and his role. The government and the state-controlled media have succeeded in discrediting his image – their accusations of tax fraud did have an effect, although those claims were never substantiated.”

"' I was then under tight surveillance by the secret police,' he says. 'They tapped my phones, they followed my car, they followed me even when I went to dinner or when I took my son to the park. One day, I caught a person who was hiding behind a bush and taking photographs of me. I grabbed the memory card from his camera. When I returned home and plugged the memory card into my computer, I was shocked by what appeared on my screen. It not only contained images of the restaurants I was in during the previous days, but also images of my son’s stroller. That image has stayed in my mind and it is indicative of how authoritarian states try to manage their control of individuals. Even the details of a child’s stroller are in their records...'"​​​​​​​ 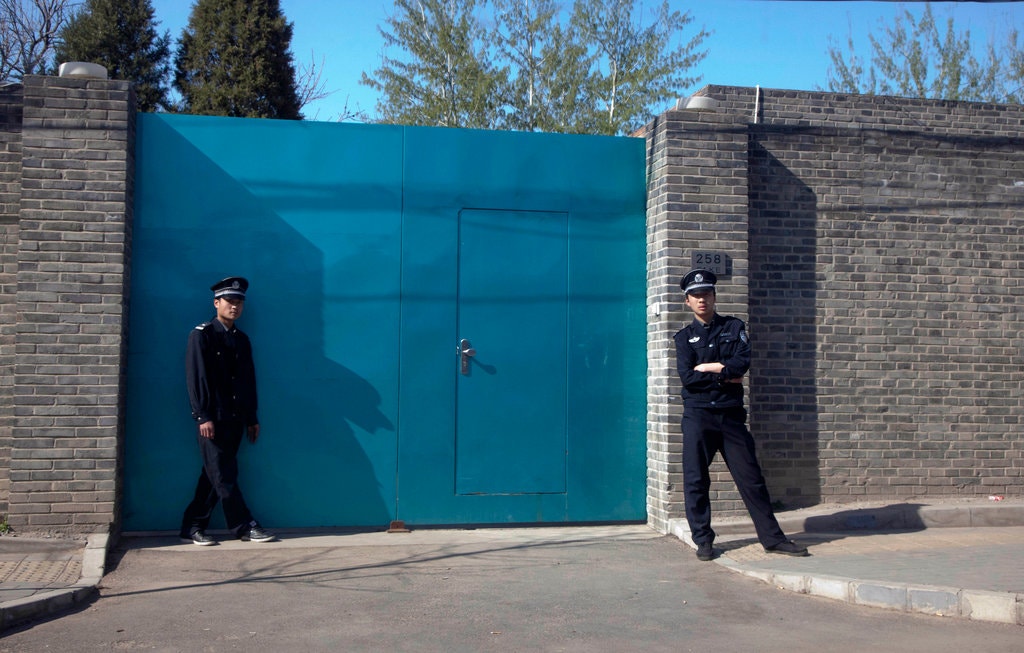 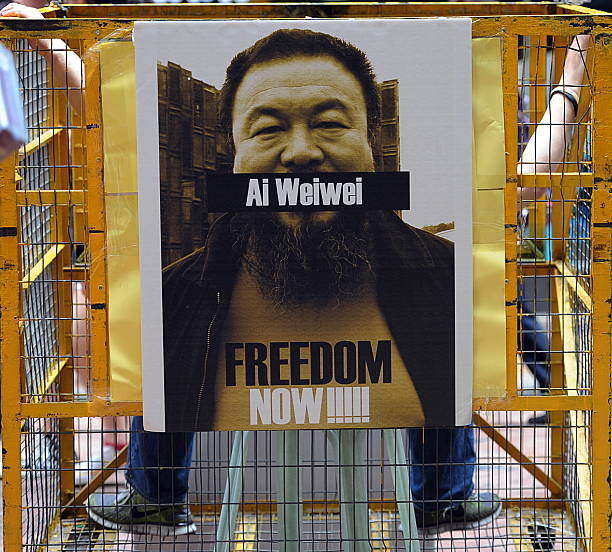 A man sits in 'jail' as a group of human rights advocates hold a protest at a busy shopping area asking for the release of mainland artist Ai Weiwei in Hong Kong on April 22, 2011. The artist has not been seen since he was stopped and detained at Beijing airport on April 3, 2011, Mike Clarke

In 2011, during his exhibition of Sunflower Seeds, Ai was arrested by the Chinese government under unsubstantiated allegations of tax evasion. Ai maintained that his true offense was, in fact, voicing criticism against the Chinese government through his artwork. His detainment lasted for 81 days, in which the international art community rallied for his release. ​​​​​​​

"The promise that his jailers made has become CCP (Chinese Communist Party) strategy: 'You criticized the government, so we are going to let all society know that you're an obscene person, you evaded taxes, you have two wives, we want to shame you.' Yet the art of Ai Weiwei has demonstrated how a single individual can also shame the state." - James Panero, 2012, "The New Political Art"

“The Chinese authorities on Sunday detained Ai Weiwei, a high-profile artist and stubborn government critic, as he tried to board a plane for Hong Kong, his friends and associates said. Mr. Ai’s wife, his nephew and a number of his employees were also taken into custody during a raid on his studio on the outskirts of the capital. Rights advocates say the detentions are an ominous sign that the Communist Party’s six-week crackdown on rights lawyers, bloggers and dissidents is spreading to the upper reaches of Chinese society...

By singling out Mr. Ai, the authorities are expanding a campaign against dissent that has roiled China’s embattled community of liberal and reform-minded intellectuals. In recent weeks dozens of people have been detained, including some of the country’s best-known writers and rights advocates. At least 11 of them have simply vanished into police custody. Two weeks ago, Liu Xianbin, a veteran dissident in Sichuan Province, was sentenced to 10 years on subversion charges.”

'The nature of possible charges against Ai is still unclear. Statements in Chinese and Hong Kong newspapers have alluded to crimes as diverse as tax evasion, bigamy and spreading pornography online. His family maintains that the charges are politically motivated... All that the Chinese Foreign Ministry spokesman would say to international journalists last week is that Ai is a suspected criminal, and that foreign support for the artist has confused and angered the Chinese people. International response has included a coordinated, hour-long sit-in at Chinese embassies... calling for Ai’s release...

The art community has also spoken up, with the Solomon R. Guggenheim Foundation starting an online petition calling for his immediate release, while the Tate Modern, home to Ai’s ‘Sunflower Seeds’ exhibition, put a large sign on their exterior that reads "Release Ai Weiwei...Graffiti tags began appearing around Hong Kong with Ai’s face that read 'Who’s Afraid of Ai Weiwei?'"

Determined to communicate his beliefs to the public, Ai transferred his presence to Twitter where he amassed thousands of followers; with this new platform, Ai was free to voice his concerns outside of the government’s knowledge.